Matt has worked in education for close to two decades. He believes that all students deserve a top quality education. Matt has taught graduate level courses on child and adolescent development, has taught courses on American Government and Constitutional Law. He is currently an instructor at UCLA, teaching a course on School Business Administration. Matt founded New LA Charter Schools in 2008 in order to provide a high quality public education for Mid-City children.

Rosa has been a community advocate, political representative and grassroots organizer since 1978. She is open minded and passionate about helping to provide advancement for seniors, children and the community at large. She was a delegate at the Democratic National Convention in 2000, 2004, and 2012. She was awarded the Volunteer of the Year Award from the California Democratic Party (2013). Rosa is President of the 54th Assembly District Democratic Club.

What’s a delegate?
A delegate is a person who travels to the Democratic National Convention to confirm the popular vote. Most voters don’t realize that they are entitled to elect the individual who will certify the popular vote at the convention. They go to the polls to cast a vote in the primary election and think that’s it, but there’s more. When you vote in a delegate caucus, you complete your role as a voter in the presidential nomination process.

What if I plan to vote for Bernie?
At a delegate caucus, your vote decides who will serve as a delegate. In the primary election, your vote determines how many delegates will be called up to represent each candidate (Hillary Clinton and Bernie Sanders). At this caucus, you are invited to vote for Alexis L. Beamon, Linda Lucks, Rosa Russell, Matt Albert, and Eran Hazary to serve as a delegate at the Democratic National Convention.

Why have I not heard about this before?
This delegate caucus is run by the Hillary Clinton presidential campaign. Since all campaign resources are exhausted to get out the vote for primary contests in other states, the campaign relies on local activists to promote delegate caucuses. Now that you’re in the know, please don’t leave your friends and family in the dark. Help spread the word by sharing this website with others and join us on Facebook. 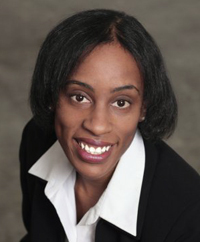 This site was created by Alexis L. Beamon, a Democratic advocate with 17 years experience working as a volunteer recruiter and field organizer on local, state, and federal campaigns in Southern California.

Alexis is a member of the Gold Medal Team, a group of six community organizers who ran for delegate in Congressional District 37.

The Gold Medal Team members are: